HomeBusinessAtlanta is Bucking the Trend of Blacked Owned Businesses But There’s Still...
Business 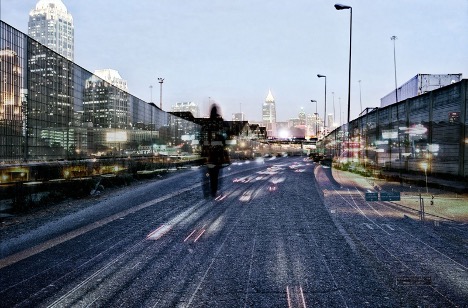 In a 2022 study from Lendingtree Inc. (NASDAQ: TREE), the disparity of Black business owners in the U.S. compared to the population continues to be problematic.  In a report released just last month by the company, only 2.4% of U.S. businesses have Black owners, even though the Black population represents 12.8% and more than 86% of companies have white owners, despite the nation’s white population accounting for a lower percentage (72%) of the total.

And the pandemic was additionally brutal to Black business ownership, which dropped over 40% between February and April of 2020, more than any other ethnic group, according to a House Committee on Small Business Committee report.

The Atlanta Journal-Constitution (AJC) recently focused on a man named Camaran Burke, who had worked in the restaurant industry for years and saw a massive disparity during the pandemic on how loans were passed out to businesses.  He said he quickly realized that his Black friends who owned and operated similar restaurant businesses were either denied those loans or given a fraction of the funds the other bars received.

So in 2020, he decided to do something about it and created A Seat at the Table Capital consulting group, specializing in incubating and growing minority-owned hospitality brands while helping equip them with business strategies for a successful future. Atlanta bars under the consulting group include Parlor, Girl Diver, and Holiday Bar.

Armond Davis, who is the managing partner of the Paragon Group, to the newspaper’s Destiny Cook that he actively invests in minority and women-owned businesses and commercial real estate projects, hoping to create lasting strategies for the growth of those businesses.  He believes that by investing in minority and women-owned businesses, he can supply access to investment capital and bring diversity to the private-equity and venture capitalist sector that was not made for these types of companies.

“If we have more blacks and other minorities that are managing funds, and investment funds, then we’ll see a natural movement towards more diversity to the companies that are receiving these investments,” Davis told the AJC.

Burke added, “I think it’s great that we’re seeing specialized funds to push us along. You’re gonna see who’s really in the community helping out doing the boots on the groundwork and you’re able to hold them accountable. I’m really excited to see what the future holds for everybody involved.”