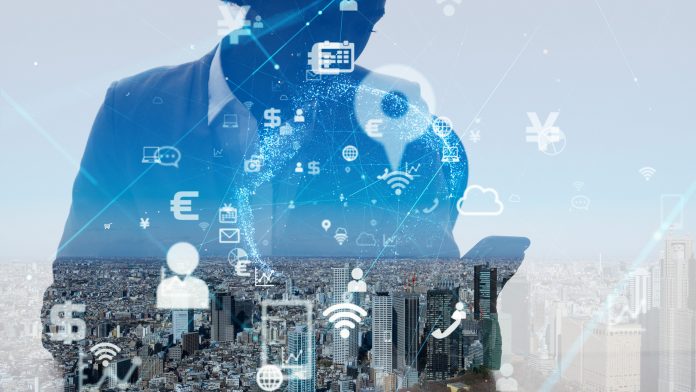 That boost is being attributed to the rise in black-owned businesses, increased educational achievement and population growth. With Black college completion rising and a population growing 22.7% since 2000, the U.S. Black population is outpacing the national average of 16.3%.

Meanwhile, young Black and Latino professionals are igniting a new $3 trillion market and creating its own financial system.

A decade after the first cryptocurrencies attempted to replace traditional banking, communities of color engaged the new currency to vault traditional systemic barriers.

Despite the recent crypto crash in value, Black and Latino investors are more active than Whites in the crypto universe, according to a study from the National Opinion Research Center and as many as 25% of Black Americans own crypto, according to a survey last month from Ariel Investments and Charles Schwab. That number compares to 15% of White Americans who own crypto.  The youth movement continues to drive these numbers, with 38% of African-Americans under 40 holding cryptocurrency, compared to 29% of Whites under 40.

Financial analysts continue to ponder why Black and Latino investors are involved so heavily in crypto.  Many, of course, are millennials.

Cleve Mesidor (@cmesi), a Web3 expert who has been working in the cryptocurrency space for six years and an advisor to the Blockchain Association and who has led the National Policy Network of Women of Color in Blockchain, recently penned her own insights in an article in Newsweek.

In the article, she said, “Even Black professionals like me with advanced academic degrees and six-digit incomes have been excluded from the loans, and investment opportunities — including mortgages and high-growth assets — our White contemporaries use to build wealth. Many others have been excluded, too – including an estimated 55 million Americans who don’t have a bank account or lack ready access to banking services. And millions more — rural White, Black, Latino and Indigenous people — lack the employment records, credit history or official documentation needed to qualify for banking.

The inequities don’t just apply to people. Black churches have for years deposited massive sums of money into banks that have historically denied them loans. Government efforts, like the Paycheck Protection Program during the COVID-19 pandemic, were billed as boosting minority businesses, independent contractors, and the self-employed. Instead, they ended up benefiting hedge funds and large corporations.

In cryptocurrencies, there are significant new opportunities outside this mainstream financial system, without roadblocks like minimum balances and extensive paperwork. They aren’t without risk, of course, but I believe those who dismiss cryptocurrencies as too risky ignore their benefits, and unfairly downplay the risks of their preferred alternative, the stock market.

Using cryptocurrencies, I have found a way to change the world for others, and for myself. In 2013, while serving in the Obama administration promoting economic development, a friend introduced me to bitcoin. I took the leap in 2016, and the return on investment from my early crypto purchases made it possible for me to shift to a full-time career in blockchain in early 2017.

I continue to buy cryptocurrencies and have acquired digital assets that can be used as art, commemorative memorabilia, or other creative purposes, which are collectively called “nonfungible tokens,” also known as NFTs. I focus my investments on works by Black and Latino creators, but NFTs are spurring growth across creative industries in America.

What drives me, though, is the vision outlined in the 2008 bitcoin white paper, of an open financial system tackling deep-rooted problems in centralized finance.

I’m far from the only one seeing promise in this new territory.

Even for those not seeking to invest, cryptocurrencies offer an option for cheaply and safely sending money to family abroad in a matter of minutes. It’s not yet a dominant option, but observers see opportunities for more efficient money transfers, even into places affected by war or natural disasters. There is also potential for workers to be paid in stablecoins, which are cryptocurrencies pegged to the value of a set asset like the U.S. dollar.”

Will Black Investment in Crypto Close the Racial  Financial Divide?