HomeBusinessGoogle Hit with Lawsuit Claiming the Company has a Racially Based Corporate...
Business 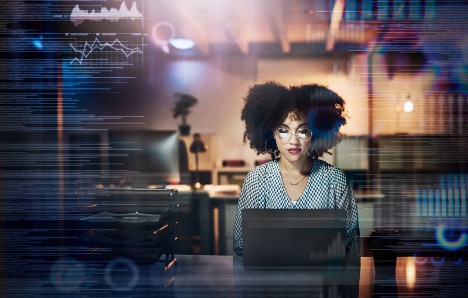 For years, Silicon Valley has been fighting its reputation as having a less than diverse workforce. But when Alpahbet Inc.’s (NASDAQ: GOOGL) Google hired diversity recruiter, April Curley, it looked like the search-engine giant was looking to change its less than diverse personnel roster.  Unfortunately for Google, Curley, who is no longer with the company, says her former employer is “practicing systemic racial bias against Black employees” and alleges the company “steers them to lower-level jobs, pays them less and denies them opportunities to advance because of their race.”

Curley filed a lawsuit on March 18, claiming the search engine company steers Black employees are subjected to a “racially based corporate culture” favoring white men in an environment that denies them opportunities to advance because of their race.  In the complaint, which was filed seeking class-action status, the Google Black workforce comprises only 4.4% of employees and about 3% of its leadership.

After Curley was hired in her diversity recruiter role, Google was accused of using her position as a marketing ploy and “supervisors began denigrating her work,” accusing her of being an “angry black woman,” according to an article in the New York Post.

Curley says Google fired her in September 2020 after she and her colleagues began working on a list of desired reforms.

The suit comes after the state of California’s civil rights regulator is began investigating Google’s treatment of Black female workers. Attorneys and analysts at the California Department of Fair Employment and Housing (DFEH) have repeatedly interviewed several Black women who have worked at the company about their experiences there.

Curley is represented by Ben Crump, a civil rights lawyer who also represented the families of George Floyd, Ahmaud Arbery and Breonna Taylor. According to an article in the San Francisco Chronicle, Crump said Curley was “an exceptional employee at Google. She was hired to a position well below her qualifications and was consistently wrongfully passed over for promotions. While Google claims that they were looking to increase diversity, they were undervaluing, underpaying, and mistreating their Black employees, leading to high turnover.”

Google has repeatedly said the company is focused on “building sustainable equity” for its Black workers and that 2020 was its largest year for hiring what it calls “Black+” workers, a designation inclusive of people belonging to multiple races.