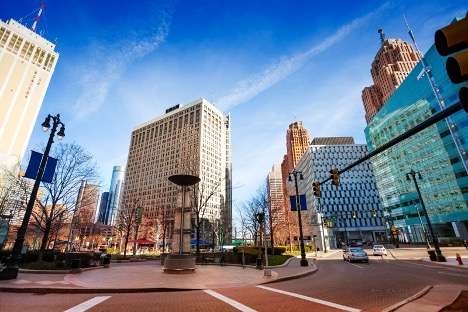 Three organizations have joined forces in Detroit to advocate for economic equality and inclusion for Black businesses in the city. The National Business League Detroit Chapter (NBL), the Detroit Black Chamber of Commerce (DBCC), and the Booker T. Washington Trade Association (BTWTA) have announced new leadership and a merger of sorts to help repair business disparity in Detroit.

The new joint organization is shedding light on the lack of support and resources that Black businesses receive from the philanthropic, public, and private sectors and the systemic, institutional, and structural neglect and exclusion of Black companies.

“It is unacceptable in a city that has a supermajority Black population around 79 percent and a supermajority of small businesses of 80 percent, Black businesses can’t access capital or ecosystems that provide resources,” HealHER Virtual Spa and 1:11 The Collective founder and CEO Danielle Cato-Benson said. “Detroit needs new leadership at the table that will move the needle forward, producing measurable results in the community.”

The stated mission of the Detroit United Front is to provide authentic and independent representation to serve as an economic advocate for Black businesses in the city. The organization’s goal is to give businesses a voice and hold Detroit systems, institutions and structures accountable who are targeted as contributed to a lack of equity and exclusion.

“Most of the next generation in the Black community wants to own their businesses and make their own money, providing them the economic freedom their parents and grandparents did not experience working for someone else,” Red Diamond Digital CEO Bartel Welch said.

Detroit Public Radio “American Black Journal” host Stephen Henderson recently sat down with NBL CEO Ken Harris and DBCC President Benson to talk about the mission of Detroit United Front and the need for education, training, and capital resources.
You can watch the interview here.