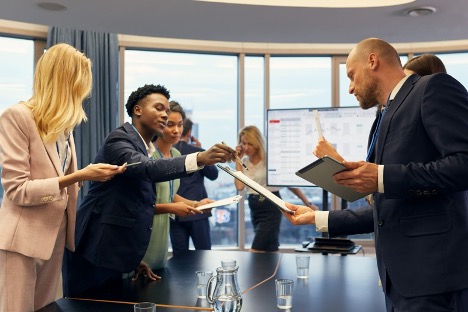 Black Americans are experiencing historic lows in traditional investor participation, according to the annual Ariel-Schwab Black Investor Survey. The 2022 edition of the report shows increased market volatility since the beginning of the pandemic, and only 58% of Black Americans own stocks compared to a peak of 74% in 2002.

The numbers are almost as low for white Americans who once owned stocks at an 86% population level in 2015, compared to a current rate of 63%.

But the Schwab report also aims at cryptocurrency investing, drawing investors away from traditional stocks and blames a “lack of education” as the culprit.

The report claimed that “many new and younger investors have never experienced market volatility like we’ve seen in the last couple of years. We have a responsibility to educate these new investors about the value of long-term investing to build wealth and achieve financial security.”

For the past 24 years, Ariel Investments and Charles Schwab have studied the investing and saving attitudes and behaviors of Black and white Americans. The 2022 survey compares Black and white survey respondents with an average household income of $99,000 and $106,000.

According to the survey, the popularity of new, higher-risk investment options, especially among younger and first-time Black investors, is “striking.”  The report highlighted:

According to the survey, nearly half of all Black and white investors (47% and 45%, respectively) report investing in something they did not fully understand. This is even more pronounced among investors under 40 (58% and 46%, respectively).

“The confluence of low stock market participation, appetite for risky investment options, and alarming lack of knowledge about fundamental investing principles is a red flag about the critical need for greater investor education,” Mellody Hobson, Co-CEO and President of Ariel Investments, said. “Many new and younger investors have never experienced market volatility like we’ve seen in the last couple years, and we have a responsibility to educate these new investors about the value of long-term investing to build wealth and achieve financial security.”